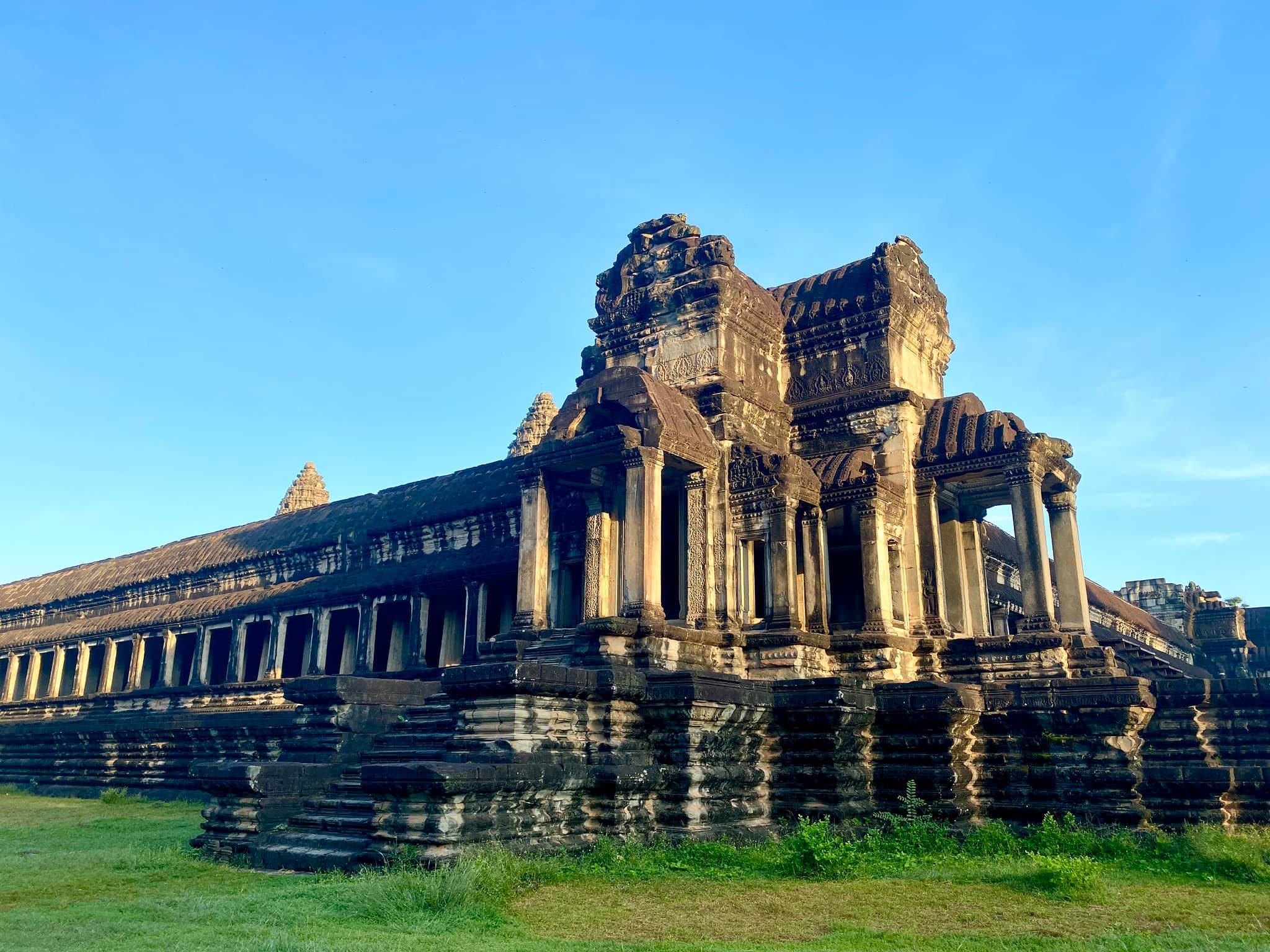 We had an amazing two days in Cambodia and the area around Siem Reap. We saw three extraordinary temples during our quick visit. Cambodia is a beautiful country, and I would encourage anyone to visit.

While there are over 100 stone temples scattered throughout the Angkor region, the five listed here are the definite must-sees. Unquestionably topping this list is the temple at Angkor Wat, built by Suryavaram II to honor the Hindu god Vishnu. The enormous temple consists of 5 concentric rectangular walls and moats, symbolizing a cosmic chain of mountains and ocean. Angkor Wat is the best-preserved temple in Angkor; it appears on the country's national flag and is the prime attraction for tourists.The construction of Angkor Wat lasted at least 37 years. The main tower of the central temple represents the mountain Meru, the center of the Hindu and Buddhist universe. When touring Angkor Wat and the surrounding temples and religious monuments, it's also possible to visit nearby Siem Reap, a small colonial town just north of Southeast Asia's largest lake.

The Khmer monarch completed the construction of this royal monastery in the 12th century and dedicated the grounds both to his mother and the goddess of wisdom, Prajnaparamita. The central stone pillar, called a foundational stele, chronicles the dedication and urges successors to protect the revered site.The location of the temple, set amidst the lush Cambodian jungle, makes it extremely popular for tourists. Ta Prohm was home to more than 12,500 people, and the temple served as a place of worship for thousands of souls in surrounding villages. Now this peaceful town stands as a reminder of Cambodia's early spirituality and religious beliefs.

Another of Angkor's sacred temple sites is Bayon, a walled capital city known primarily for its jungle of face towers. These towers bear massive stone carvings depicting the face of the king and a message of spiritual worship. This is a place where the teachings of Hinduism and Buddhism exist in a unique spiritual balance, most visibly evident in the massive stone faces carved into Bayon's many towers. 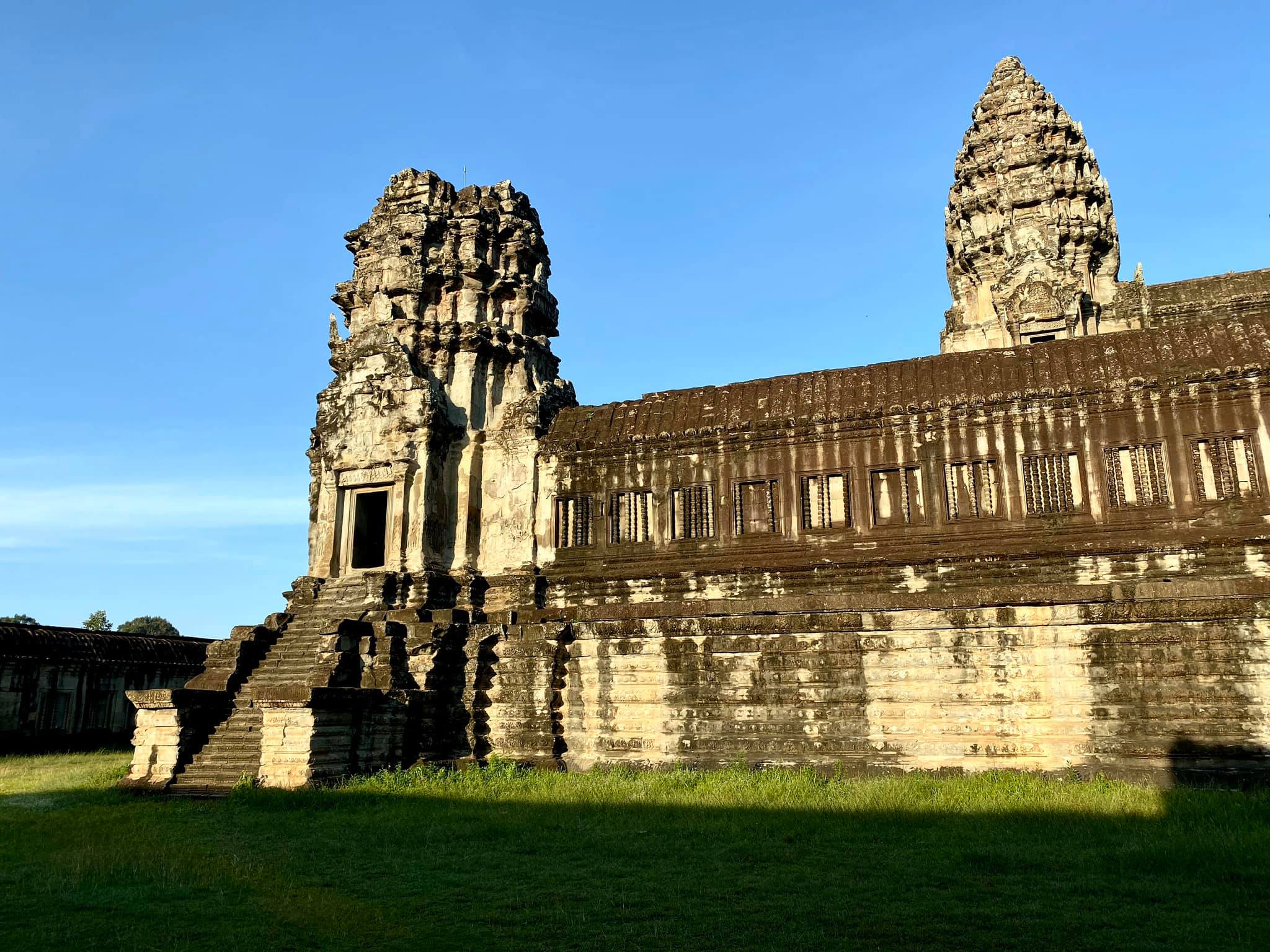 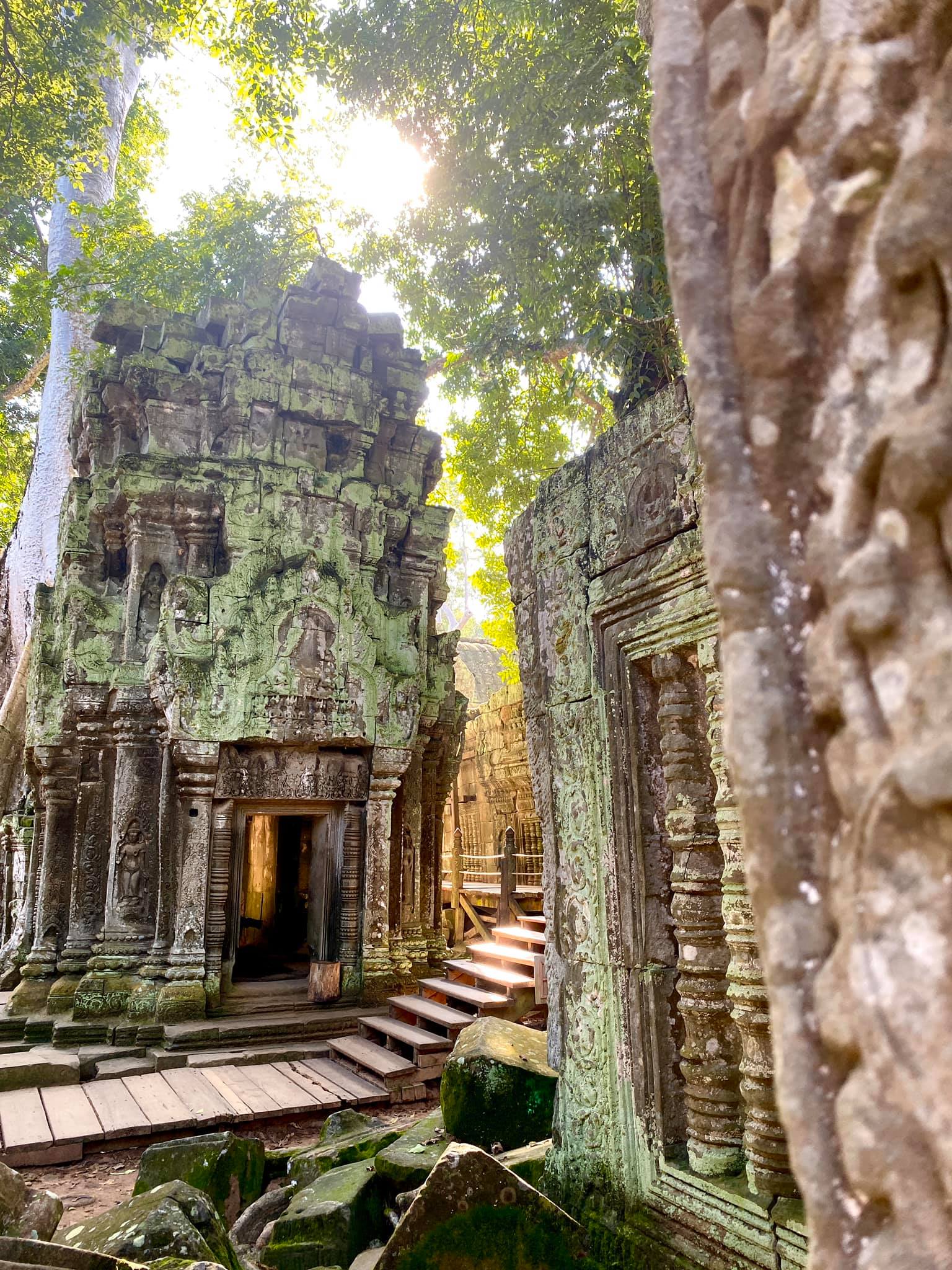 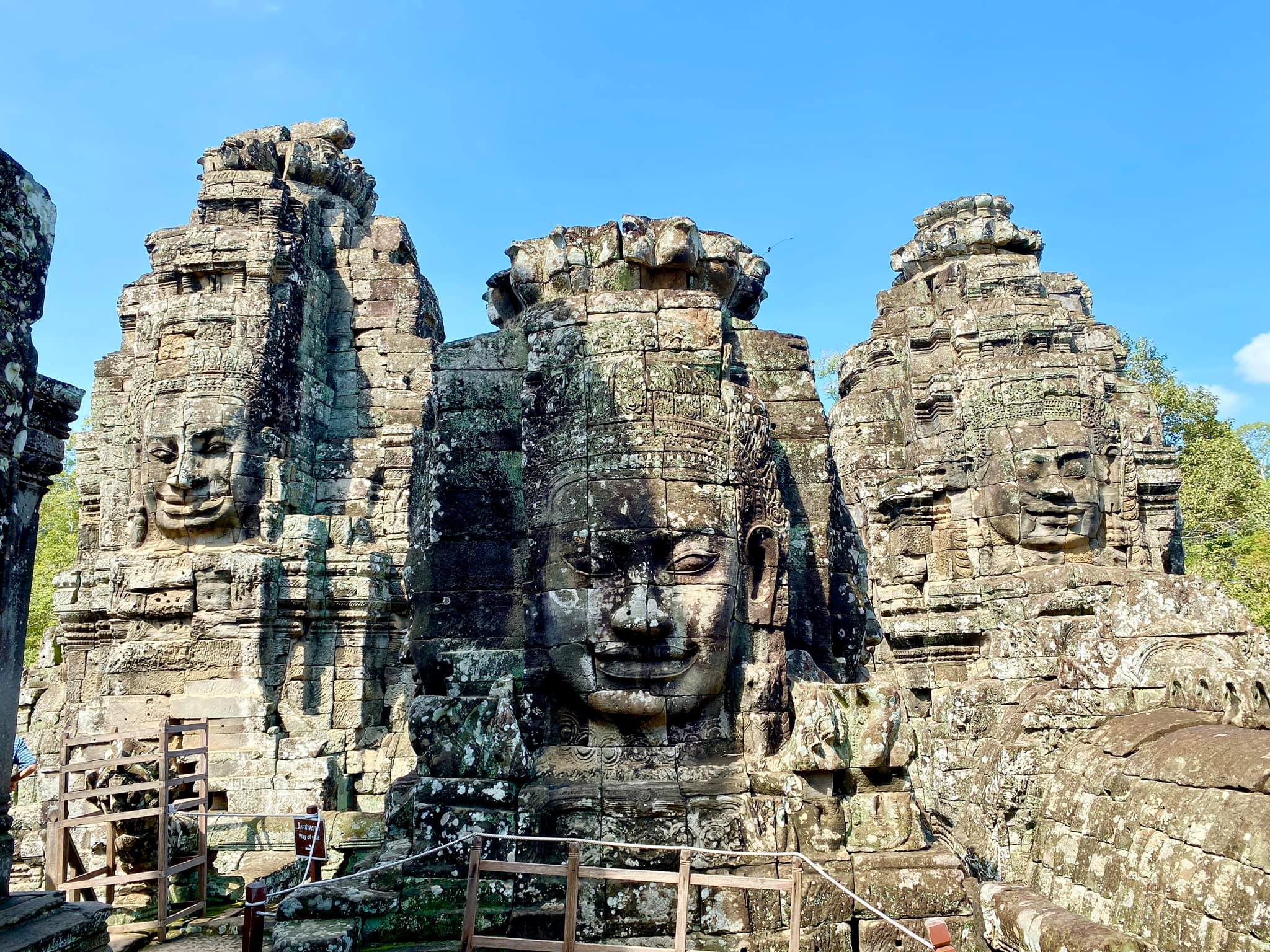 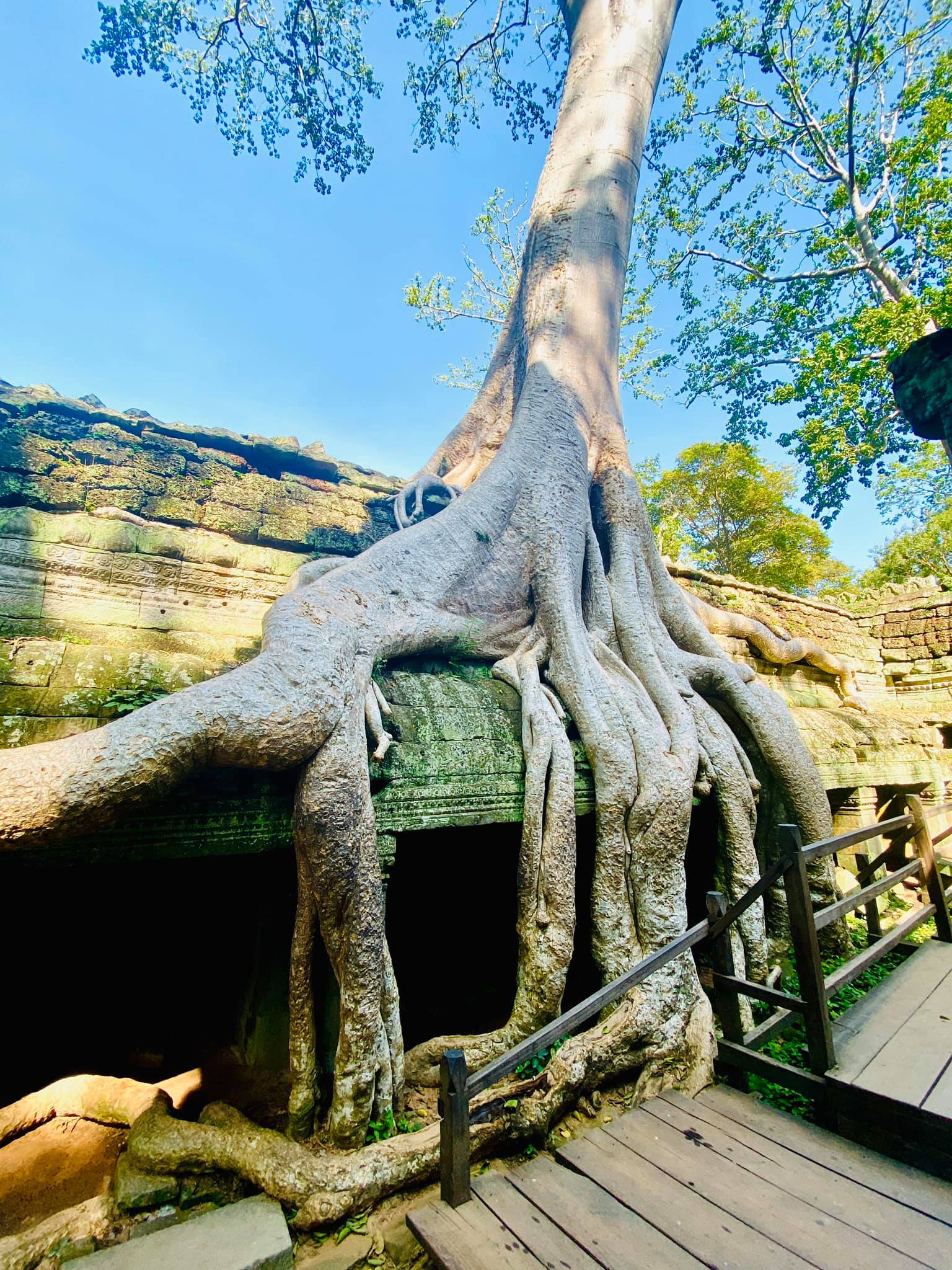 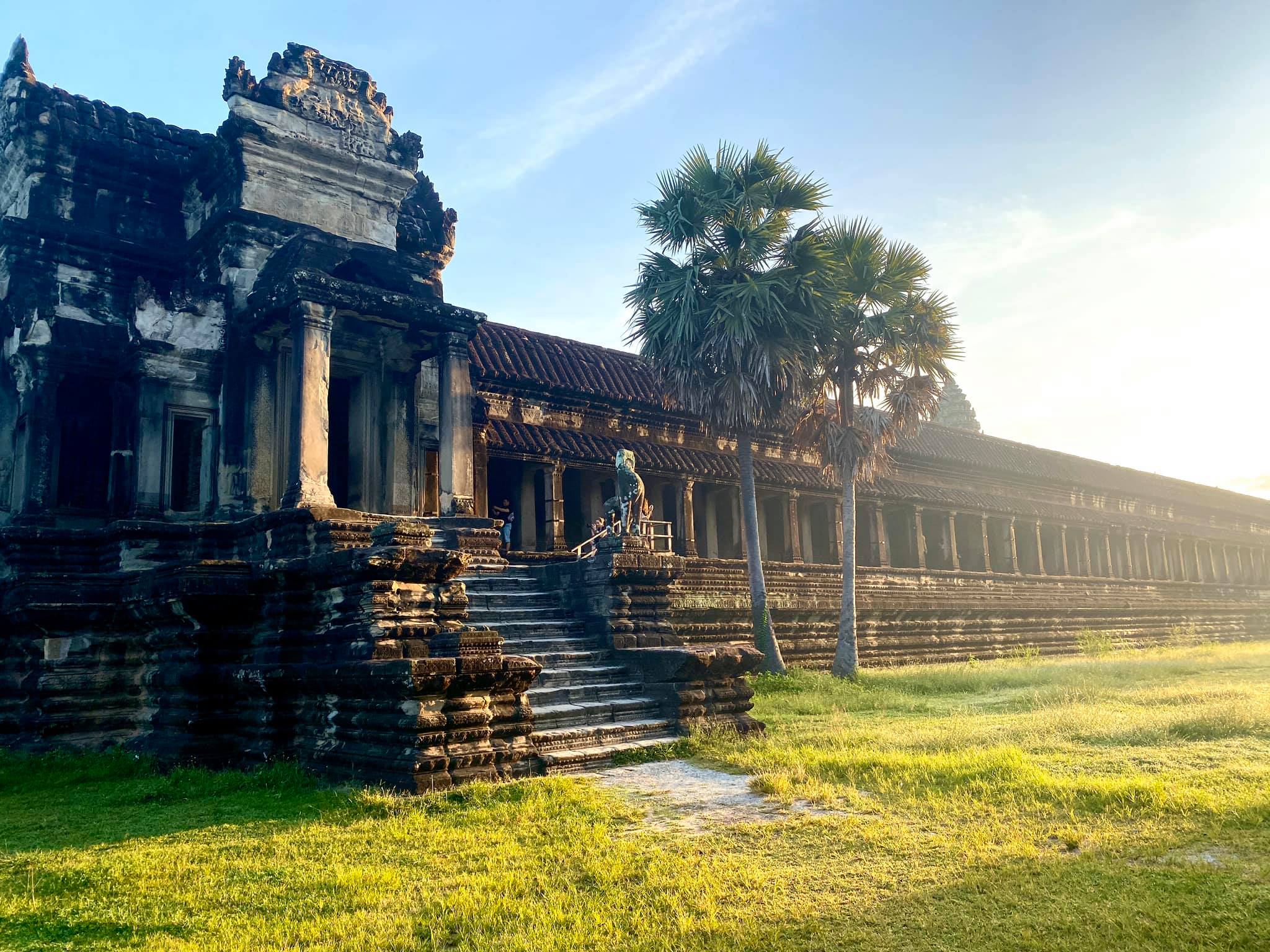 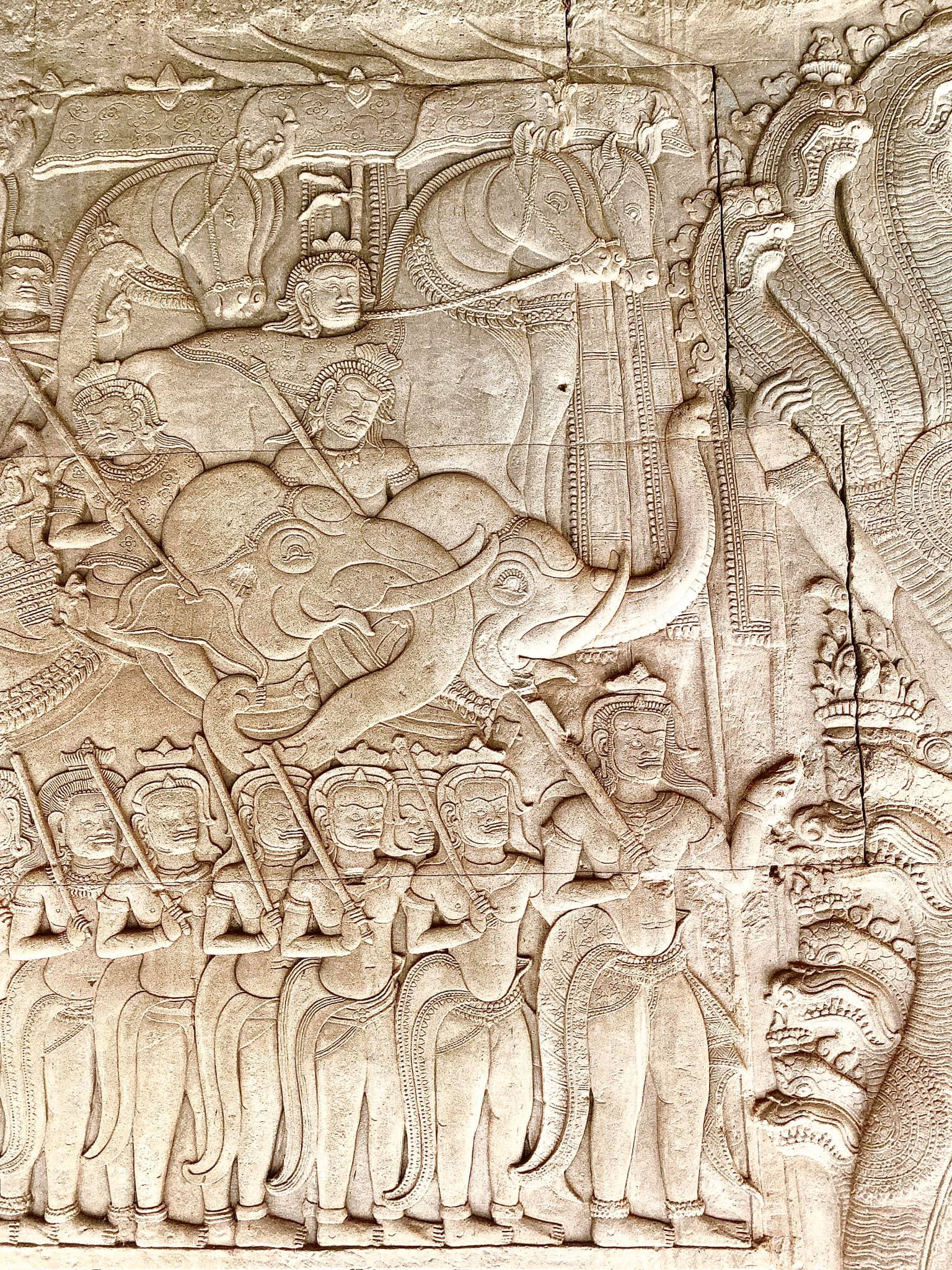 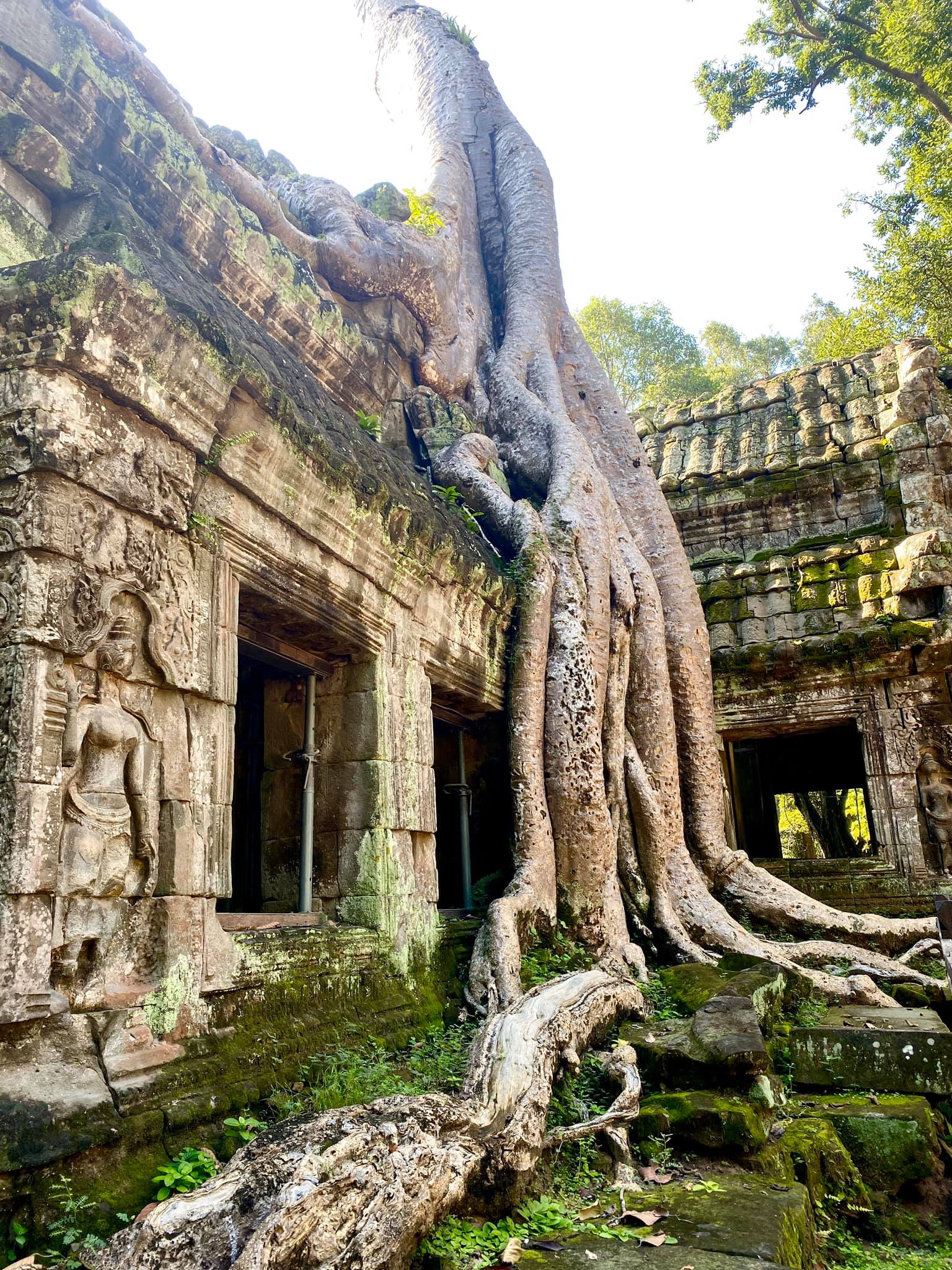 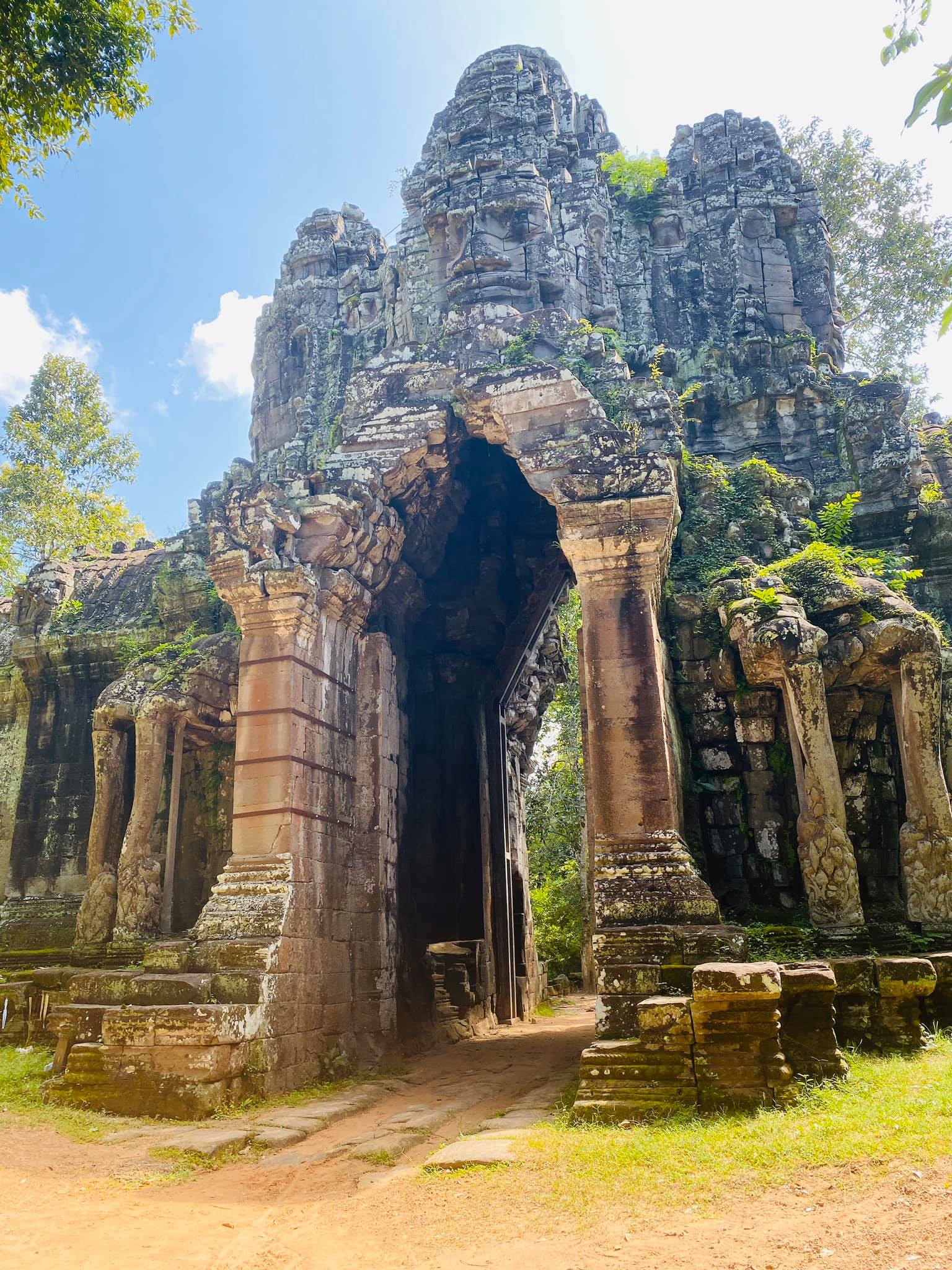 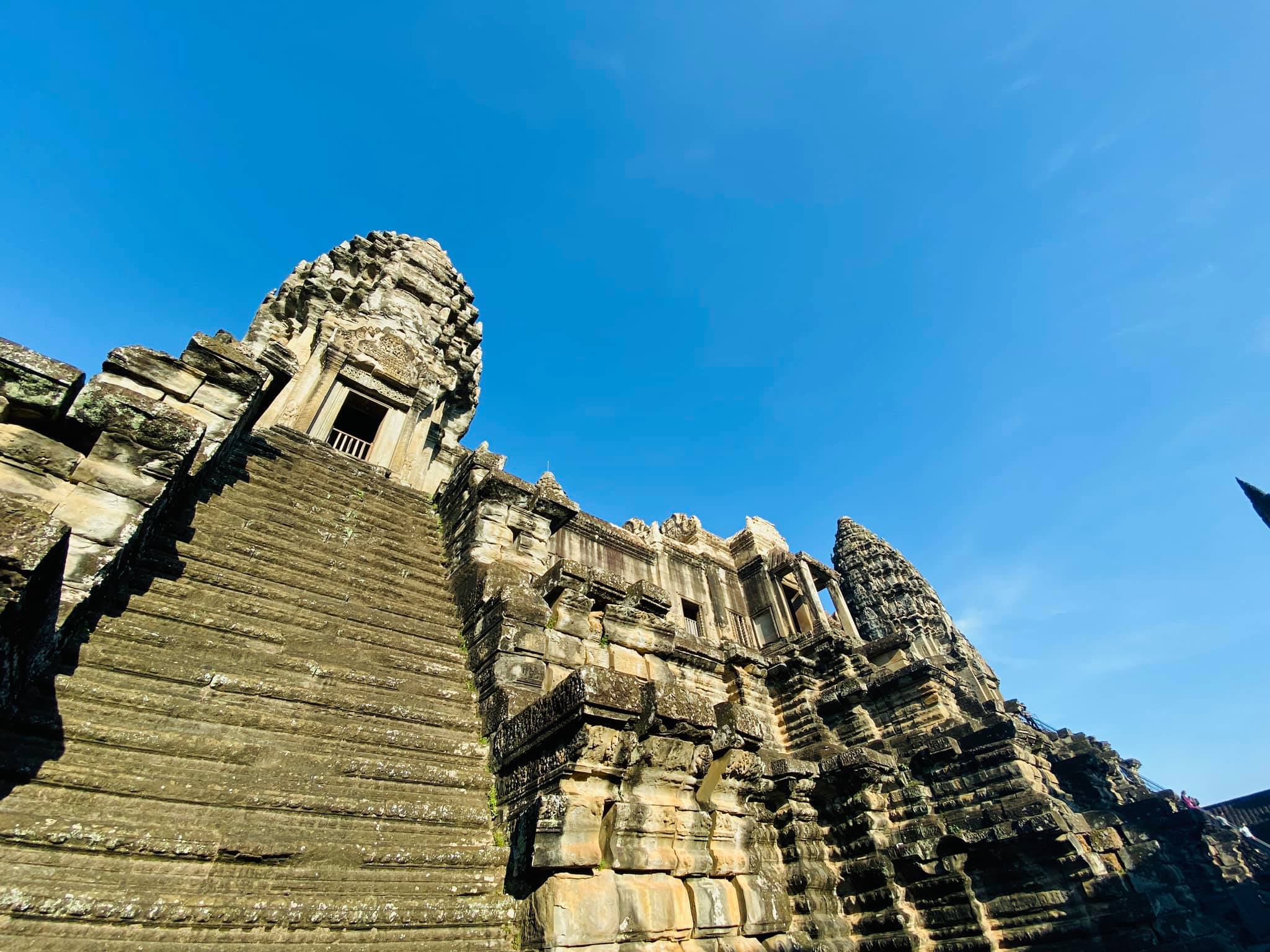 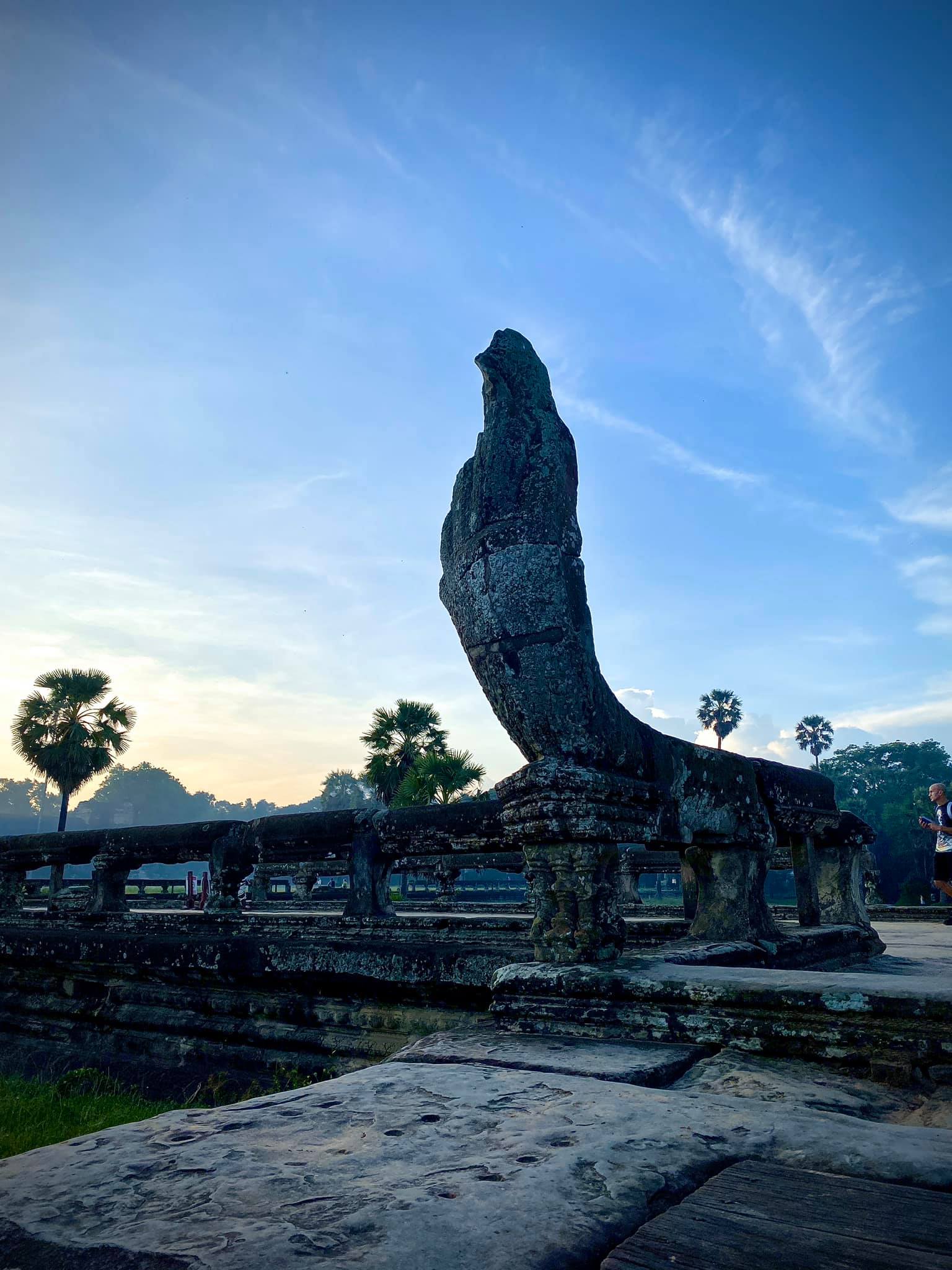 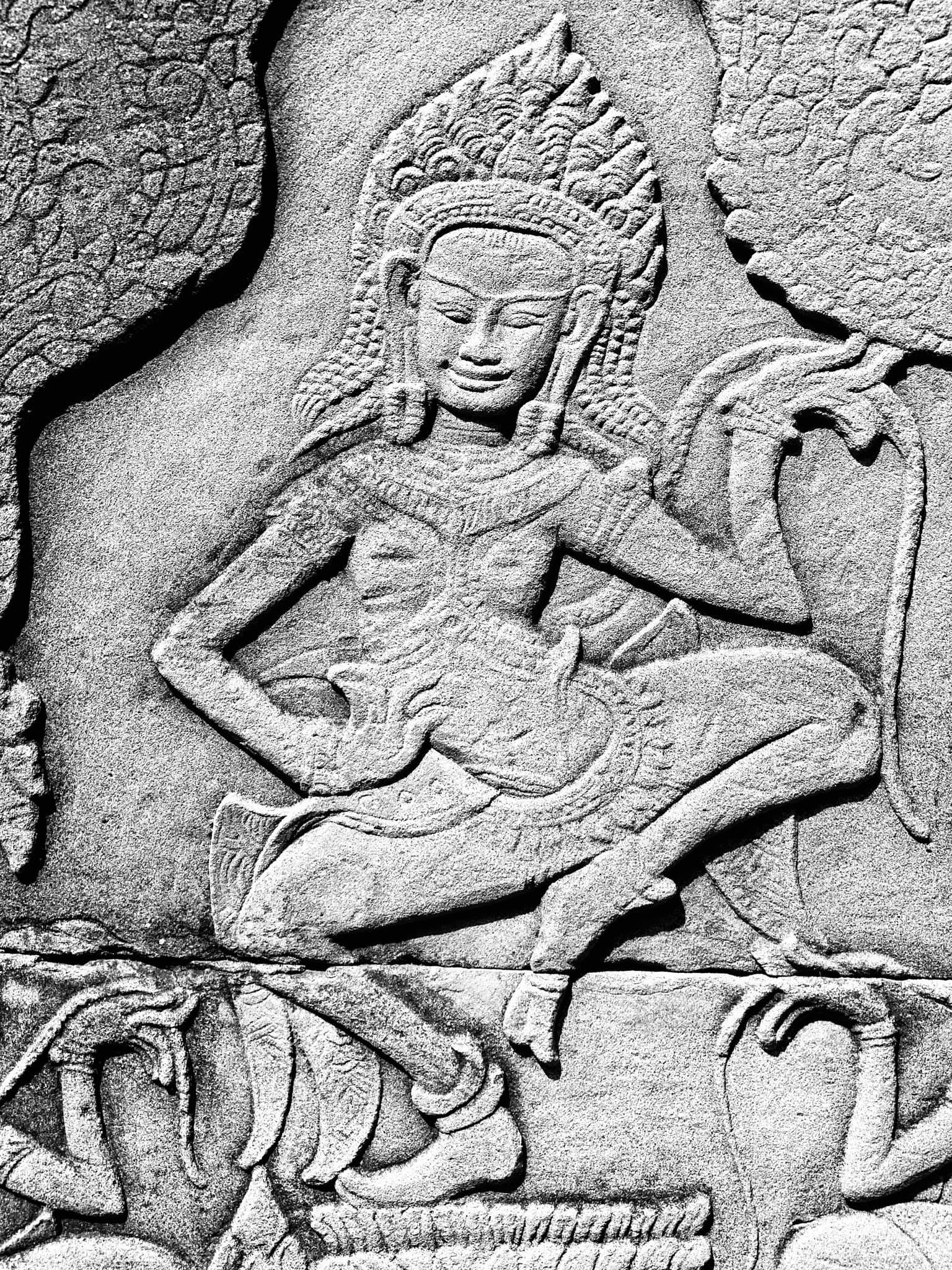 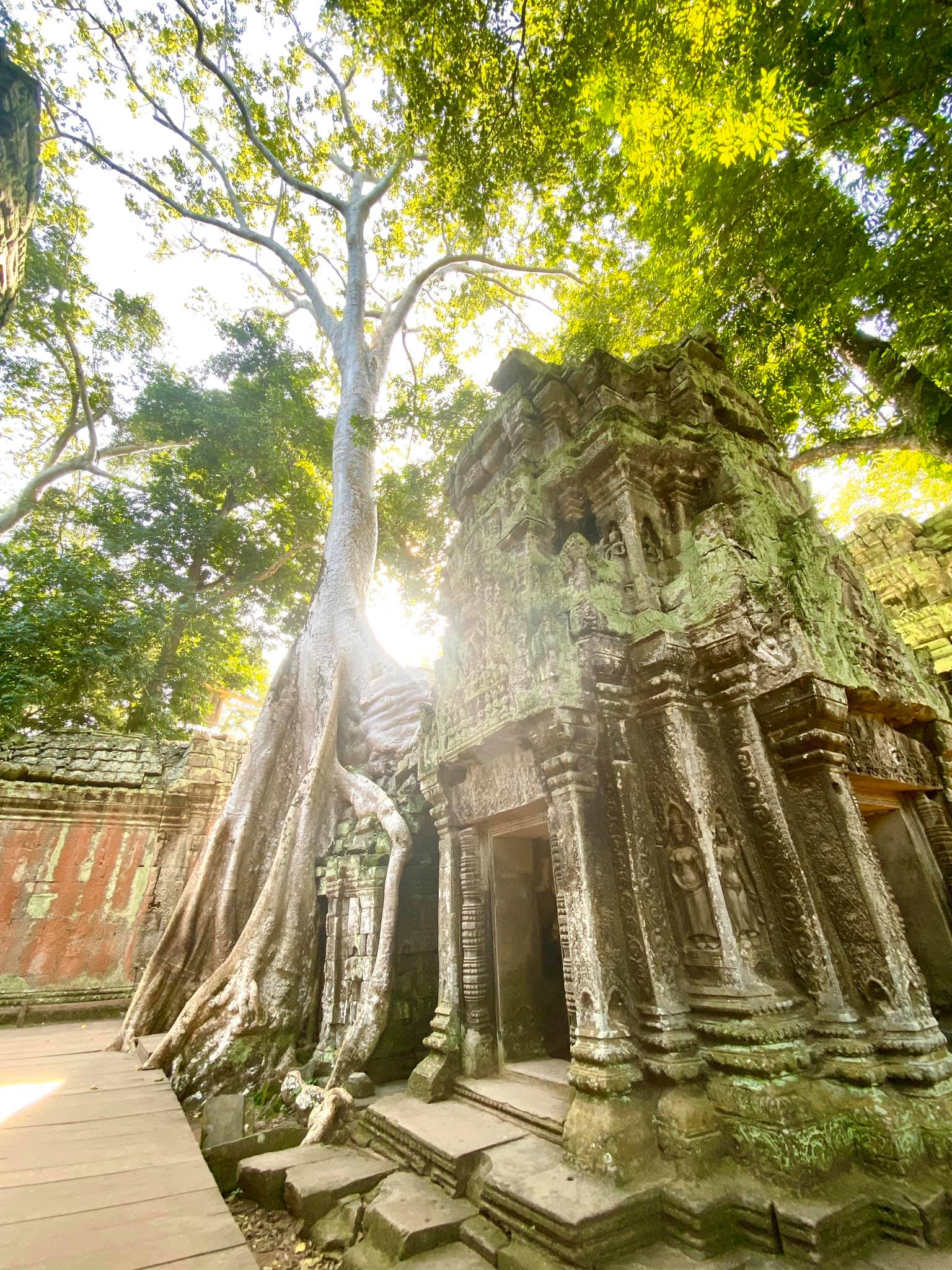 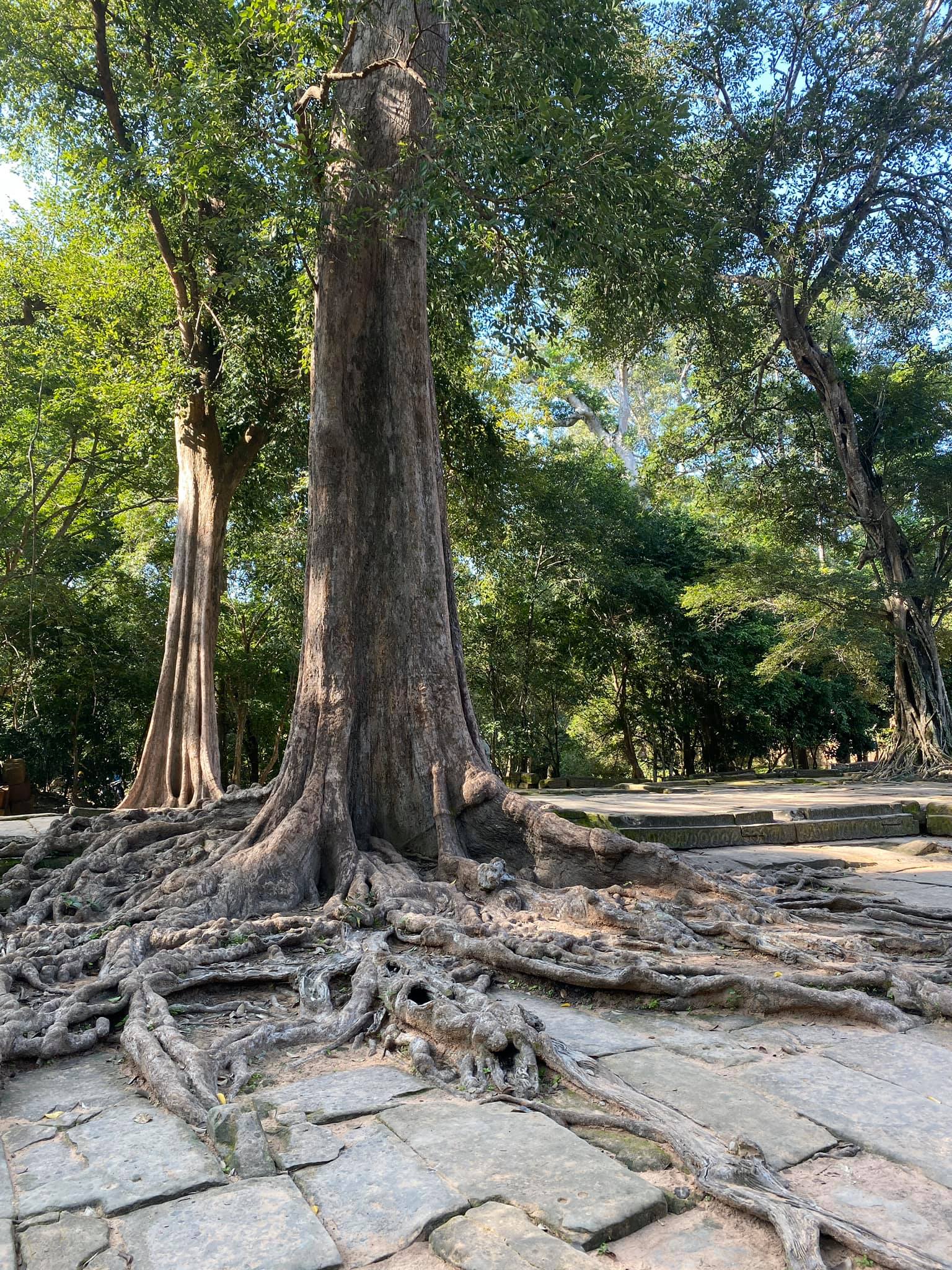 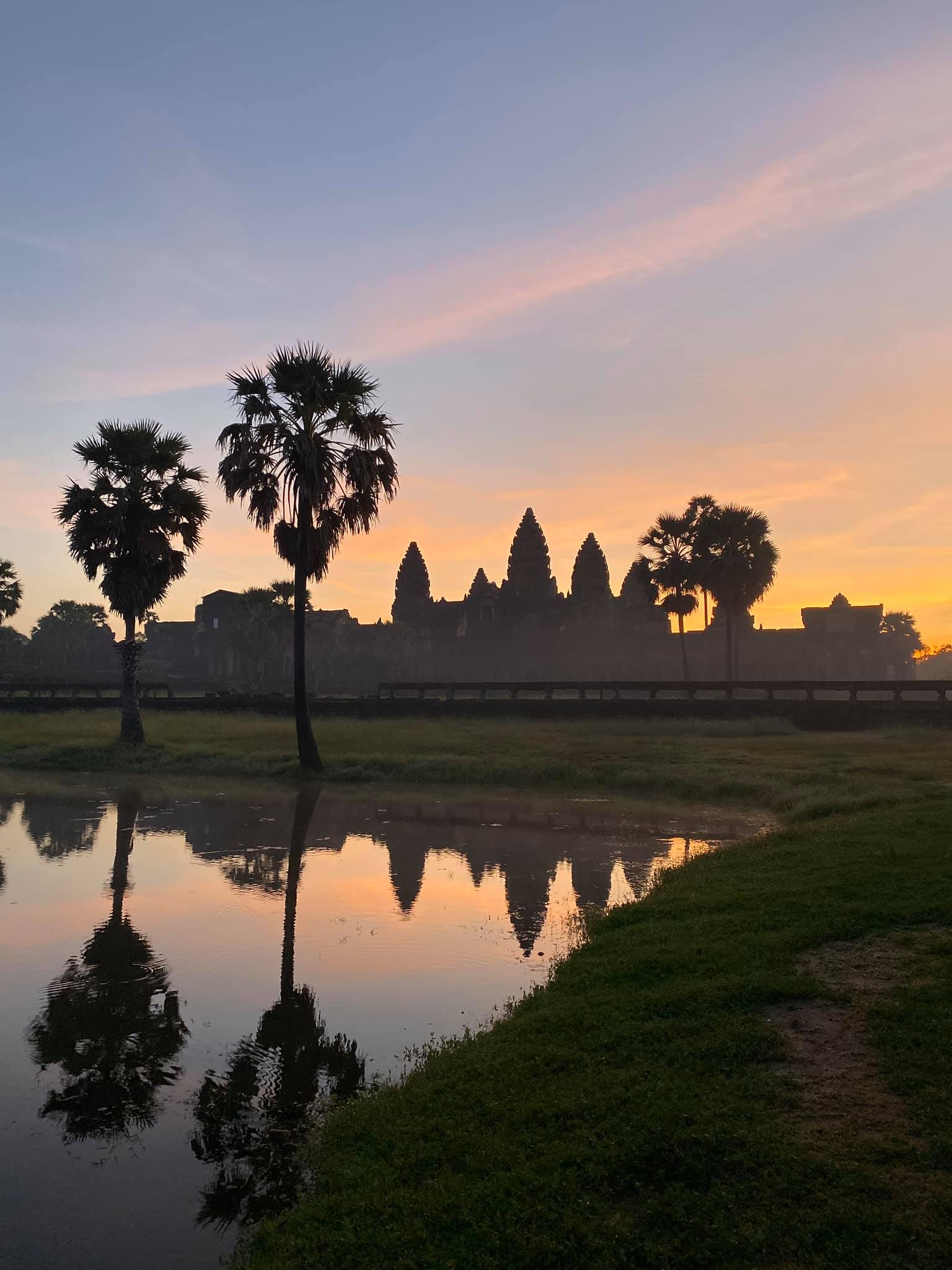 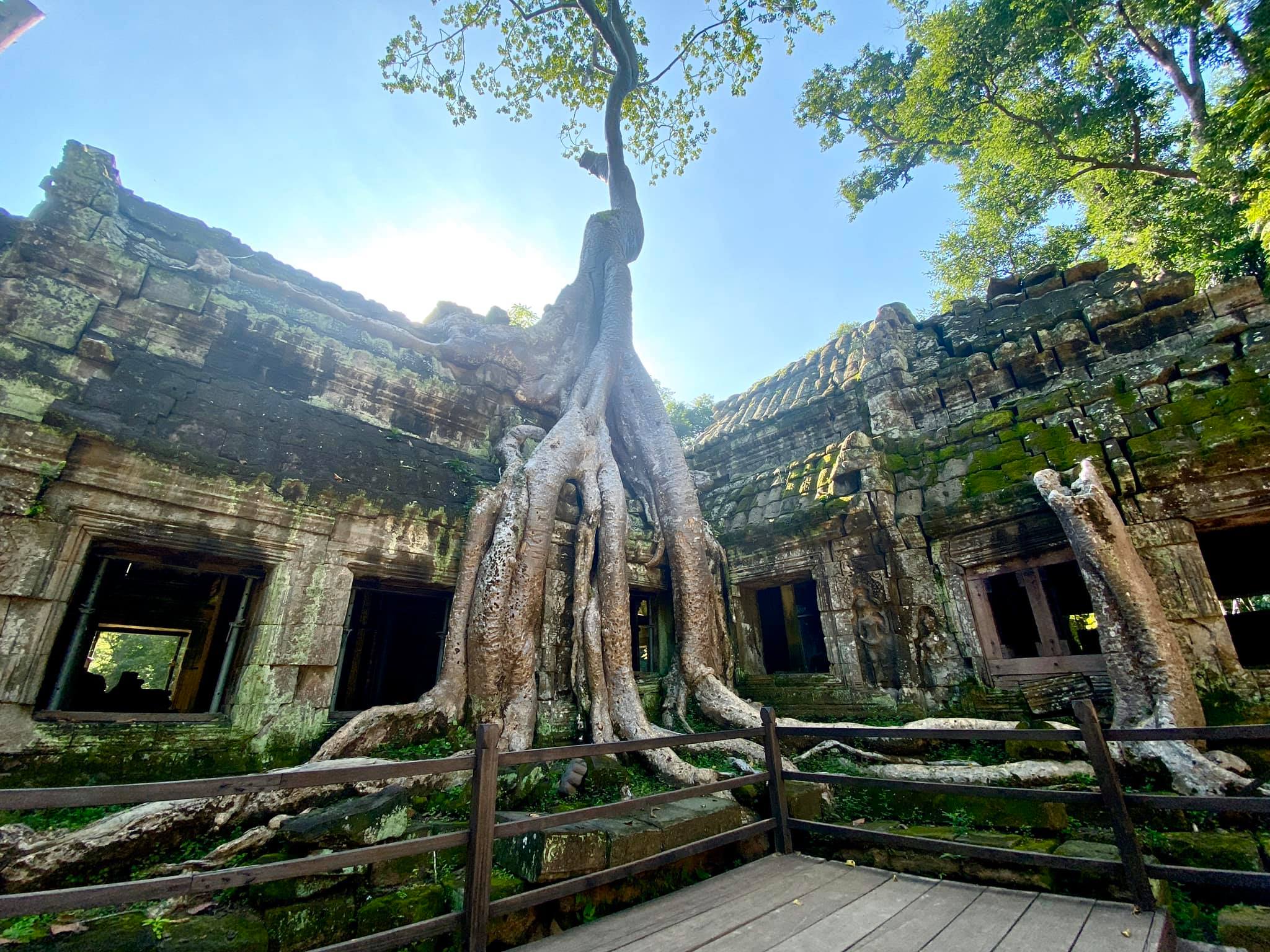 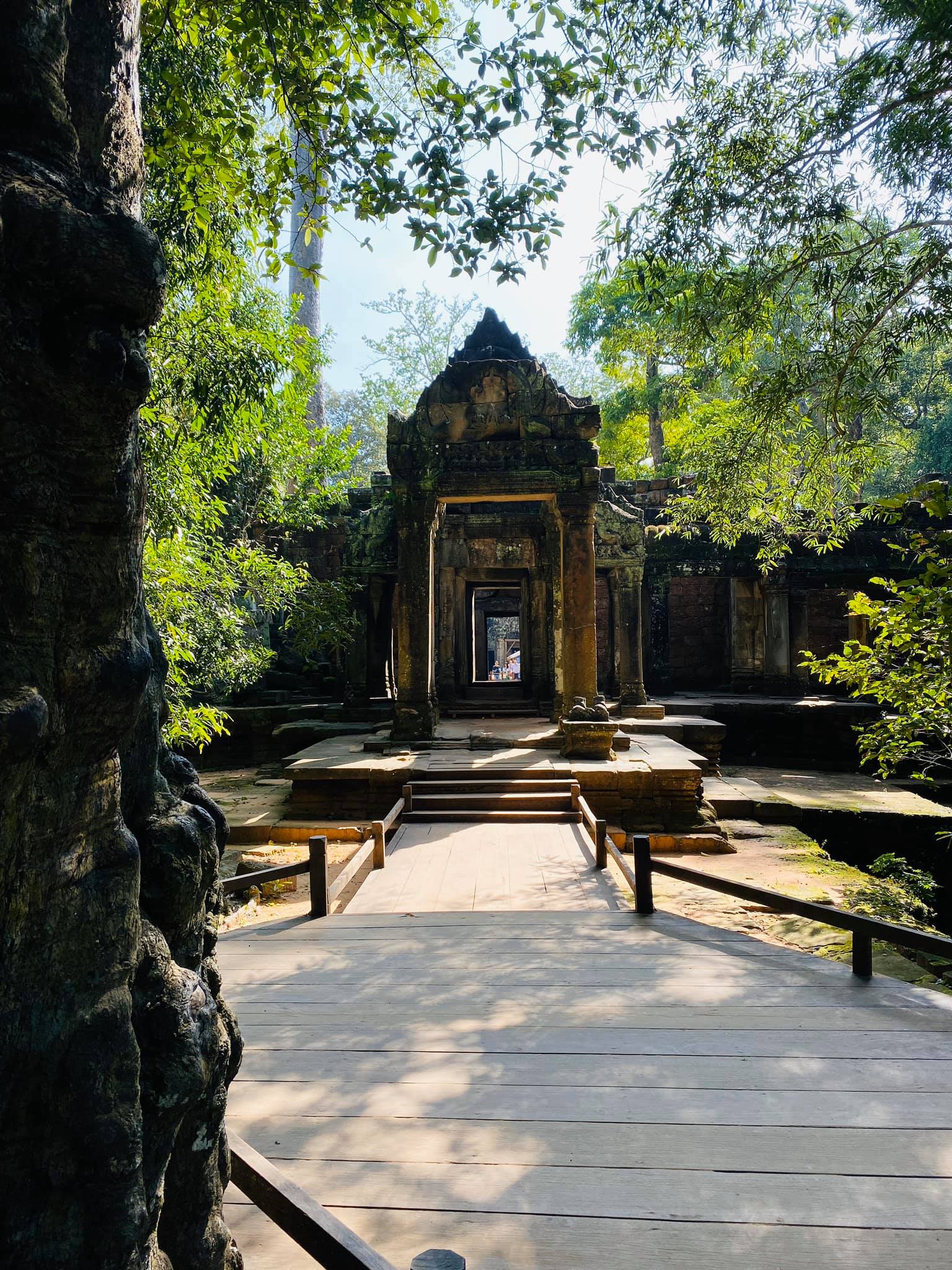 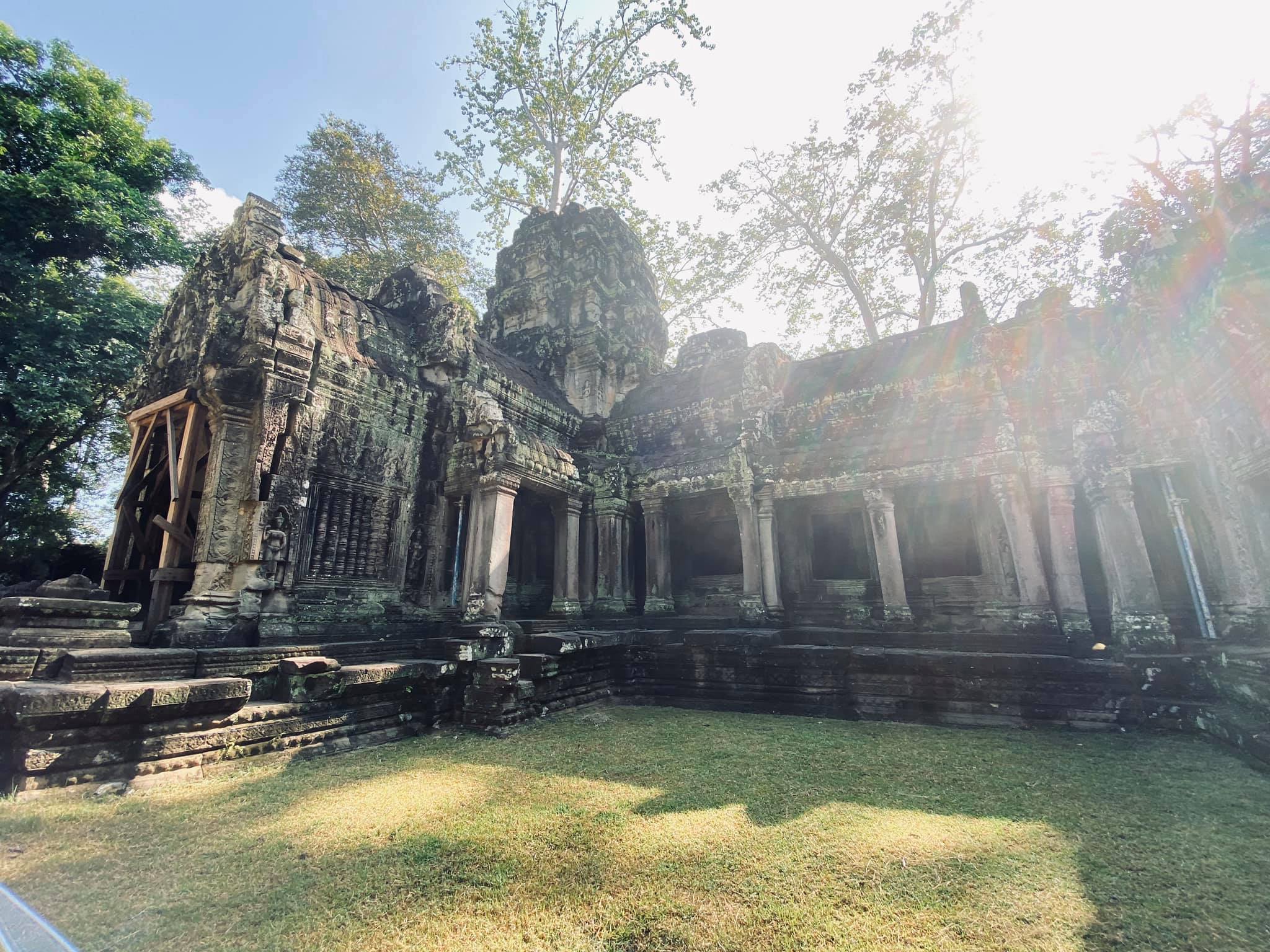